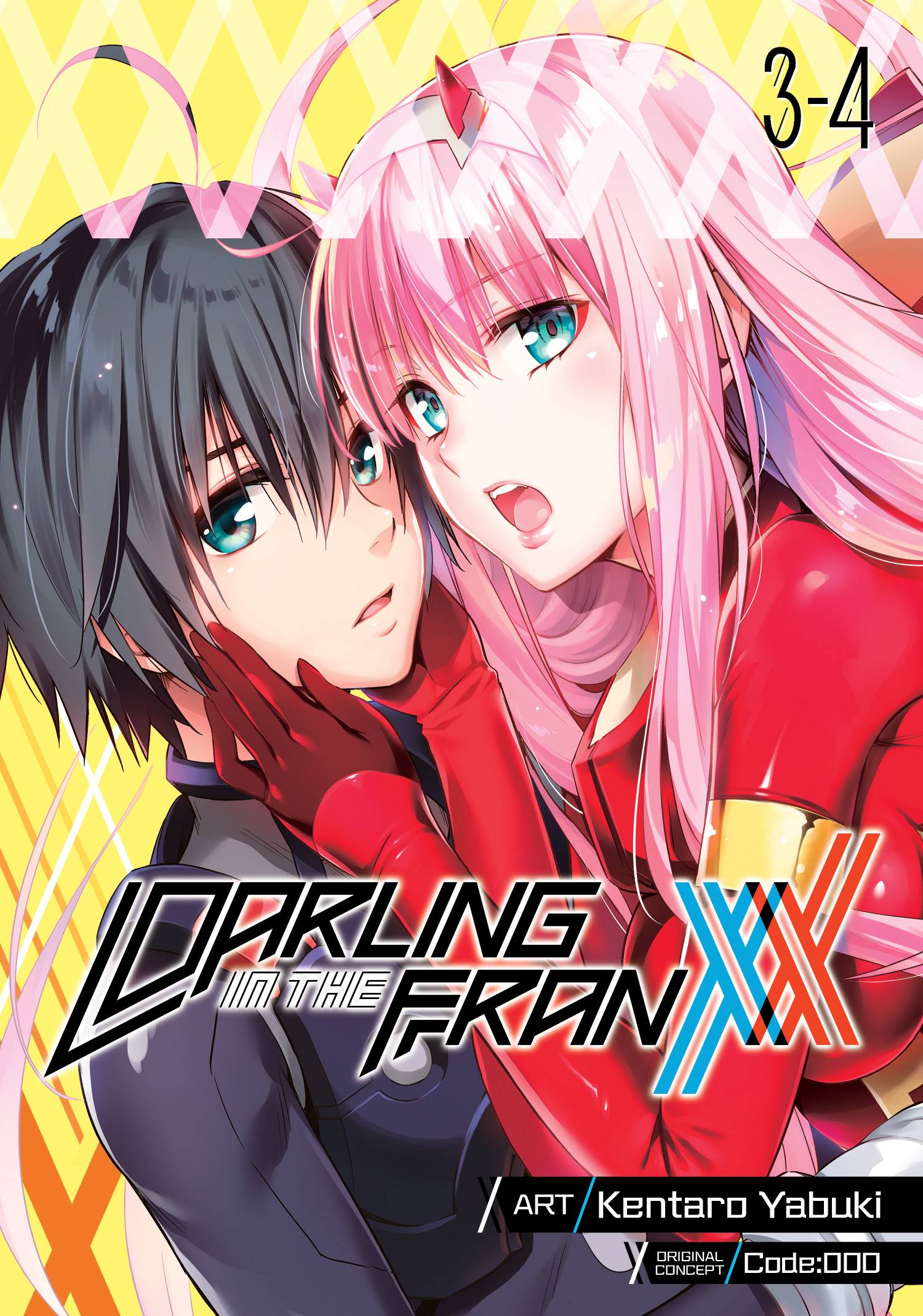 GHOST SHIP
(W/A/CA) Kentaro Yabuki
Earth is a ruinous wasteland. Humanity’s only remaining strongholds are mobile fortress cities called Plantations. Massive beasts known as klaxosaurs, the planet’s new apex predators, have pushed mankind to the edge of extinction, and within the walls of the Plantations, things are no less dire. Humans no longer love or reproduce; adults live on in sterile immortality while children are regarded as nothing more than parasites, artificially created to pair up and pilot the Plantations’ giant defense robots known as Franxx. Former child whiz kid Hiro fails out of the piloting program after falling out of sync with his co-pilot, and a fateful decision to skip his group’s graduation ceremony puts him on a collision course with a horned girl known as Zero Two, whose co-pilots always end up dead. She claims Hiro as her “darling,” but what can that word even mean in such a loveless world?